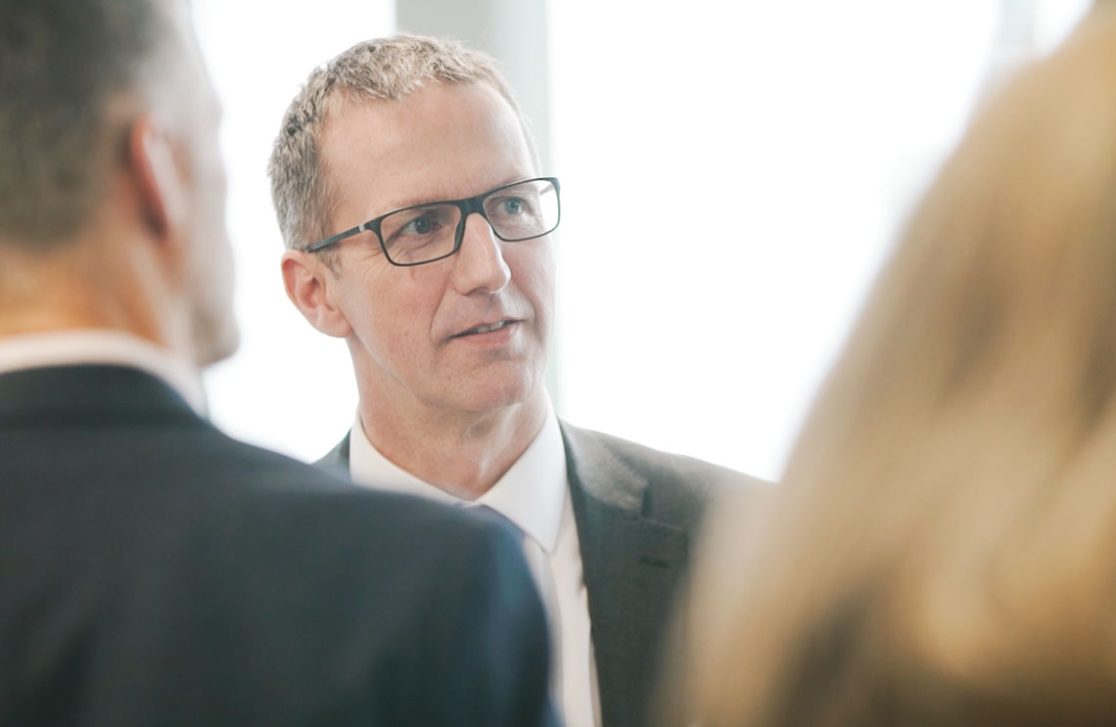 Blue Moon Creative’s inaugural Moontalks seminar, held at Pershore Horticultural College on 11th April and supported by techUK and Wychavon DC, proved a real hit with delegates and speakers alike, all of whom left feeling energised and, well, happy. They had a good time! It helped that each of the speakers was highly engaging, but also that what each had to say was of real importance and, ultimately, hopeful.

Three points resounded across the whole afternoon spent in the College’s feel-good conference space, on their campus just outside Pershore. Firstly, how the topics of the ‘How We’ll Soon Live’ theme – food, energy and transport – are united by their reliance upon natural resources and the urgent need to use them more efficiently and less harmfully.

Secondly – not least because of what unites them – that ideas can flow and grow much faster if you mix up people from different sectors. This is what gives rise, to quote one example raised by a delegate during the Q&A session, to ideas like using parked electric cars as a source of power for a national grid during peak times, such as when everyone gets home, parks the car and puts the kettle on. Here at Blue Moon, we’re now even more encouraged to bring together clients from apparently radically different sectors!

Finally, we all left happy because the afternoon’s talks showed us that the huge problems of coping with the coming population of 11 billion, of deadly city air pollution and of potentially catastrophic global warming, can be tackled successfully. Brilliant solutions exist which are not just being tested in laboratories, they are out there in our farms, our houses and on our roads now, changing how we live.

First up amongst the eminent speakers was Pershore College’s own Professor Roy Kennedy. Roy spoke of his team’s research work into matters such as reducing the waste in strawberry crops caused by mould, and in ‘vertical farming’, i.e. growing crops such as basil and lettuces under glass and stacked eight-high around nutrient supply poles. All of the other speakers – especially urban infrastructure specialist Phil Reid – were quick to spot the benefits of this work in relation to land use, soil preservation and reduced food miles.
You can see Roy’s PPT slides here.

Next was Head of Corporate Sales at Tesla, Hamish Phillips. Hamish set out Tesla’s startling ambition to make all transport sustainable, not least by releasing its patents for open source use (albeit with the curiously ungrammatical headline “All Our Patent Are Belong To You” emblazoned on a wall in their headquarters). Hamish also pointed out aspects of the Tesla vehicles which, though normal in the world of consumer electronics, have major implications when applied to a car. For example, all electric car owners who charge their vehicle overnight, start every day with a “full tank”. How many of us do that? Also, like mobile phones, Tesla cars regularly receive system upgrades – and can suddenly do things they couldn’t do the day before.

After a break, Phil Reid of MEP engineering designers Red spoke on decentralised energy systems. His talk opened our eyes to the extent to which energy (and water) efficiency within the built environment is being dramatically improved and can be improved much further still. Again the connections leapt out: Tesla batteries, when no longer efficient enough for their rapid acceleration cars, are simply reused in buildings. Hydrogen fuel cells (the power source for the cars invented by our fourth speaker), look like they could be a serious alternative to diesel powered generators for large, off-grid buildings in countries which lack a reliable national grid.
You can see Phil’s PPT slides here.

The last and arguably most radical of our speakers was Hugo Spowers, founder & MD of Riversimple, which has invented and built a UK road approved hydrogen powered car, driven by a motor at each wheel. When you need to brake, each motor goes into reverse, collecting the braking energy and storing it in a set of super-capacitors, ready to provide the power needed to accelerate. This arrangement dramatically reduces the size of hydrogen fuel cell needed and the weight of the car.
You can see Hugo’s PPT slides here.

We were delighted by how much everyone enjoyed the event and grateful for the practical support of both techUK and Chris Brook’s Economic Regeneration team at Wychavon District Council.