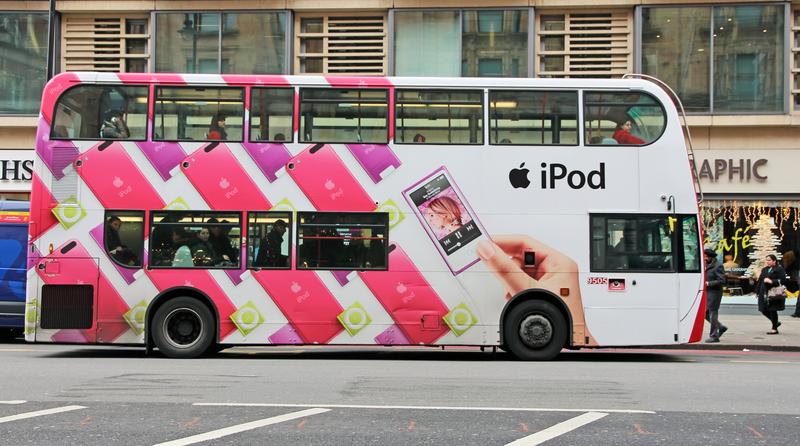 A few checks show that Simon Sinek’s famous Ted Talk, is simply wrong: people buy what you do. They don’t much care, why you do it. Does that mean that ‘corporate purpose’ is nonsense?

Viewed over 50 million times, key assertions in Simon Sinek’s 2009 Ted Talk fail casual fact checking. Yet it fuelled a global ‘purpose’ industry, peddled by consultancies as a magic answer to growth, universal profits and everything. Did they fail in their own due diligence, or do they not care? Either way, the irony is that the Ted Talk does highlight a genuinely significant point – but it’s about culture and leadership, not what people buy.

Does this prove anything?

Talking explicitly about Apple’s marketing to consumers, Sinek says its messages don’t start with highlighting how great Apple’s products are. Instead, they start with why they do what they do, and only then move on to talk about the product:

“Everything we do, we believe in challenging the status quo. We believe in thinking differently. The way we challenge the status quo is by making our products beautifully designed, simple to use and user friendly. We just happen to make great computers. Want to buy one?”

On reading this out, and comparing it to computer companies which jump straight to talking about the product, Sinek says:

“Totally different, right? You’re ready to buy a computer from me. I just reversed the order of the information. What it proves to us is that people don’t buy what you do; people buy why you do it. “

Does this prove anything? He says this is why everyone in the room is comfortable buying Apple products (how does he know?) and why, when other computer companies brought out rival products “Nobody bought one”.

It all sounds convincing but, according to Statista.com, at the time Sinek gave his talk, Apple’s share of the smartphone market was just over 10% (it peaked at 23% in 2012) and Windows PCs were outselling Macs by over 25 to one. Lots of people ‘bought one’.

Today, Apple has at least 25% of the tablet market and over 50% of the smart watch market. Apple invented both categories and, in both, its products are widely seen as clearly superior. People buy what you do, not why you do it.

Apple know this, not least because Mac sales didn’t pick up with the its ‘Crazy Ones / Think Different’ advertising campaign, used from 1997 to 2002, but with the launch of the iMac in 1998, i.e. when they started to make great products and their marketing started by talking about them.

The original iMac?: ‘So simple, there is no step three’. The iPod?: ‘One thousand songs in your pocket’. The iPhone?: ‘An iPod, a phone and the internet, all in one device’. The list goes on and on because, Apple’s real purpose, to quote current CEO Tim Cook, is “to make great products”. His straightforward approach chimes with that of the management writer Charles Handy, whose views on purpose and many other business matters have, like him, aged well: “The first duty of any business is to do its job.”

And Apple does do an outstanding job. Ask people under 30 today what Apple stand for (as I have) and no one mentions ‘challenging the status quo’. The phrases which do come up, repeatedly, are negative: super rich, tax dodgers, worker exploitation*. Some of this they care about. But the most repeated phrase – cool, brilliant products – outweighs their negative view of the company. People buy what you do, not why you do it.

The turning point: when everyone at Apple, began to Start with Why

Sinek’s Ted Talk highlights a turning point in Apple’s history: when Steve Jobs, twelve enlightening years after being ousted, returned. Long driven by a desire to “change the world”, Jobs now knew he needed others to help him do that. He articulated what drove him – wanting to challenge the status quo, to think differently – to all Apple employees, creating a culture in which everyone was expected to do just that. The vital impact of Apple’s ‘Crazy Ones’ and ‘Think Different’ advertisements wasn’t on consumers, it was on Apple employees and suppliers. Jobs changed the culture. The iMac, the iPod and everything that followed, were the result.

Is Purpose, total nonsense?
No – but there is a catch.

The catch is, to quote the marketing academic Mark Ritson:

“There are some brands that are genuinely purpose driven. The clue to their authenticity is that the purpose usually preceded the products. By my best estimation they consist of about 0.2% of the world’s brands.”

Jobs wanted to change the world first, computers came second. Anita Roddick was anti animal cruelty first, Body Shop came second. Cadbury’s founders wanted to build respectable communities first, the chocolate came second. In every case, the ‘Why’ was central to the creation of the businesses and the products. If you wait until the marketing to Start with Why, you’re way, way too late.

As abused and misunderstood by so many consultancies, yes, ‘purpose’ is pure snake oil. Customers and employees alike know hypocritical nonsense when they see it. Even investors and management consultants do – whilst hoping everyone else will be fooled. But that’s not to say that, in relation to your existing business, questions about purpose, are not valid or useful.

Purpose is as much about what you are used for

As we are discovering amidst the current Covid-19 crisis, grocery shop assistants, bin men and care workers are as vital to the daily function of society as doctors (and perhaps rather more than hedge fund managers). Similarly, high street solicitors traditionally play a central role in helping young people secure their first home, whilst cafes and corner shops provide the chance meeting points which strengthen local relationships. But a cafe used primarily by drug dealers and users, is a place to score, not build community. And a movie maker specialising in political videos might be a tool for the next Nelson Mandela, or Ku Klux Klan. Individually and collectively, the effects of our work are varied and long-lasting. What is the impact of your work; of you?

When looking at issues of purpose and value proposition, we find questions around social impact can unlock hidden treasures. What does your business do? Is it the same as your purpose? What do employees, customers and other stakeholders think you are for? Where do they think you add most value?

Questions such as these almost always reveal insights, vital to a real branding process, into exactly why business are succeeding or failing, where they add value and what, in practice, their real purpose, is. Corporate culture, having evolved without much attention, is frequently central. Which is why we often discover that companies did start with a powerful Why, all along. They just never realised what it was.

You can see the video of Steve Jobs introducing the iPhone in 2007, here.